Going for the Bronze

I was on quite a roll for a while!   I wrapped up my first visual album, Closet Songs, and then posted the songs, one a week, from March through April.   Not missing a beat, I followed it up with a blog post less than a week after the last song, all about selling my house.   It was my most widely-read post ever – I know, because I got seven comments – count ‘em; seven!!!   And only two of the comments were about Viagra!!

That last post was on April 23.  And since then, I’ve been more or less mute.

Not that I haven’t been busy.  I moved, of course, while keeping up my full-time job.  I went on a cross-country trip for work, and a couple of weeks later went to a family wedding halfway across the country.

And then I went on vacation: to Greece!   Yes, the Aegean really is sparkling blue; and no, it is not possible to eat too much feta cheese.   But the really remarkable thing about being in Greece is the sense of co-existing with thousands of years of pretty spectacular history. 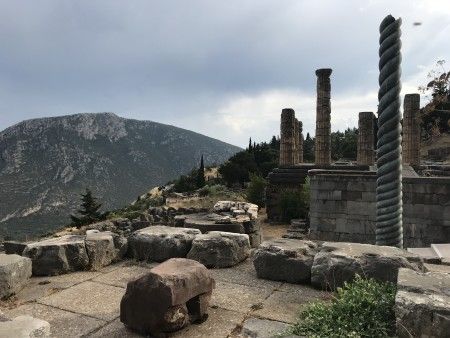 Turn a corner, and there is yet another crumbling, millenia-old Acropolis, such a common site that it’s barely labelled.   4,000 years ago, this area was a hotbed of Bronze Age productivity.   There were feats of engineering that wouldn’t be matched until the Renaissance: 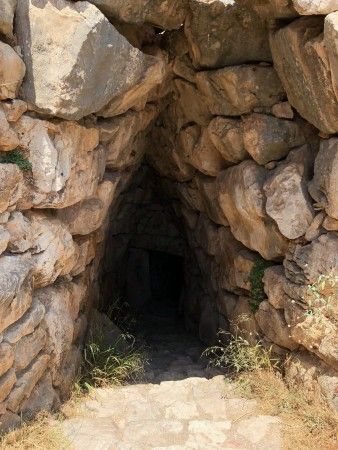 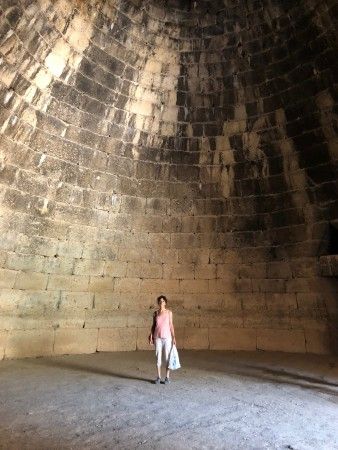 And the art!   Every little town has its museum, and every one of them is loaded with pots, jugs, urns, fragments of frescoes, beautifully etched coins.   My favorites were the figurines:   evidently the Bronze Age Aegeans had the good sense to engage in Goddess worship.  Look at these beauties. 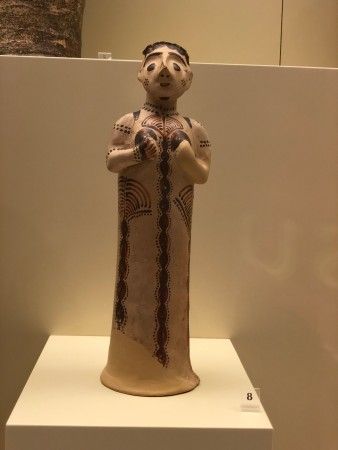 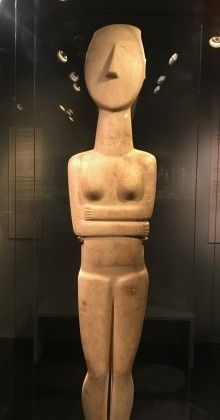 And this is just the stuff that SURVIVED!   And that the British didn’t steal!   It boggles the mind to think what it must have been like back in the day, how art and craft at this level must have been everywhere, all the time.

And then, around 1,200 BC, it all stopped.   The archeological record dries up entirely.

It turns out to be a matter of heated academic debate, this mysterious collapse of Bronze Age civilizations.     I know this because there are several animated videos dedicated to the topic on YouTube, declaring the collapse of the Bronze Age to be one of the Great Mysteries of History.   Also, I read an actual academic article on the subject, to be precise: Crisis in Context, the End of the Late Bronze Age in the Eastern Mediterranean, by A. Bernard Knapp and Stuart W. Manning, The American Journal of Archeology, vol. 20, no. 1, , 2016.[1]

The truth is, nobody really knows why these Bronze Age civilizations collapsed.   One too many wars? Earthquakes?  Climate change?  Disease?  Drought and subsequent famine?

One thing for certain:  this period was accompanied by some fairly significant population movements.  Some people attribute the entire debacle to the arrival of the mysterious Sea People, who may or may not have been Philistines.  The Aegeans moved into Syria and Turkey.   The Dorians (whoever they were) moved into Greece.  The Hittites headed into Syria.

Which, from my perspective, clears up the mystery of why the creativity came to such a sudden halt:  it stopped because these people were MOVING!   Which is distracting, and disruptive.   As I know from recent experience.

Eventually, the Greeks got themselves back to the ceramics studio:   pots and urns, with lovely geometric patterns, started to appear again around 800 BC.

I, too, am working to reclaim my creative mojo after my move.  Hopefully, it won’t take me another 400 years.

[1] So perhaps “read” is a bit of an overstatement -- more like "skimmed and went back to the animated YouTube videos."  But I did pause to wonder whether a mention in the MidlifeMomSongs Blog would earn Messrs. Knapp and Manning any points in the Social Science Citation Index.